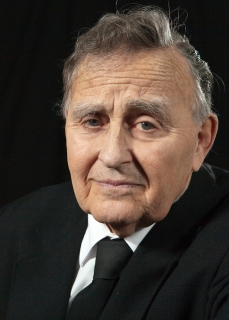 I thought to write something about John Anderson as a great Judoka. But he, uniquely in my personal experience, achieved the ultimate, transcendent goal of Judo: the transformation of one’s heart. I can only write about him as a great man, as my teacher, and as a friend.

John fell in love with Judo on Waikiki Beach. The youngest in his family and a self-described “runt,” he was born in Savannah Georgia. He was small, scrappy, and had a chip on his shoulder. Too small to pass the minimum weight to enter the Navy, he stuffed himself full of bananas to add some temporary extra pounds. The Navy took him and started the process of shaping him into a fighter. A stop over at Pearl Harbor Naval Station brought him to Waikiki where he first watched Judo. He knew then that he had to do it. It was love at first sight.

I was fortunate to hear very many of his stories. They were oft repeated but no less valuable in the retelling. Sadly I can’t recall them all, but those I do recall, I treasure. I met him when I was nearly 40 and he was in his 70s. I did not witness his competitive successes, his awards or accomplishments. I did witness how he applied Judo principles to the whole of his life and in many unexpected and unsung ways.

John Anderson spent a lifetime in love with Judo. He served Baltimore, Shufu Yudanshakai, and the United States Judo Federation in every imaginable role over a period of 60 years. Few people have a comparable record of service or contribution.

He founded Baltimore Judo Club when he was a sankyu. He taught everything that he himself learned and discovered for himself an ancient wisdom in the process: Docendo Discimus. In teaching, we learn. He had this motto posted on the wall of the dojo in a carefully hand lettered sign. He studied from great teachers like Sensei Donn Draeger, Sensei Minamoto, Sensei Ishikawa, and Sensei Ueno. He studied from the most casual student who visited Baltimore Judo Club. There was something to learn from everyone and in every situation.

He taught me a great deal of Judo. I earned my black belt under his tutelage after many trials on the way to that “starting rank.” He helped me unlearn what I had mis-formed in my mind and in my body. John taught me Katame No Kata, Ju No Kata, Goshin Jutsu, Kime No Kata, and Koshiki No Kata. He showed me how to see Judo as something that itself was willing to teach you if you could learn to listen.

John Anderson taught me many things I never expected to learn in Judo. When I was injured, he had me watch multiple pairs of randori partners and score all their throws. He critiqued my scoring and the lapses in my attention to what all was happening. In the process, he trained me to see Judo better and to manage a mat full of judoka. At the time, I did not realize that he undertook to teach me how to teach Judo.

He showed me how to help people learn Judo. He had enough self-awareness to realize that his own drive and discipline might not be found in every student or even in every teacher. He had tremendous drive and discipline. When once I visited him at home, he showed me the records of the all workouts and practices that he had done. He asked me my birthday and then proceeded to show me his exact weight lifting routine for May 30th, 1961 fifty years after the fact.

It is hard to imagine anyone else quite like him.

When I find that running a Judo club is hard, I often think of John. Baltimore Judo Club was a work of his own craft and, to a large extent, the work of his own hands. In a non-descript industrial garage, he created a place of learning. He built the walls, the stairs, the wooden lockers, the showers. He created a faux Shoji screen aesthetic to invoke Judo’s Japanese heritage but also festooned the walls with pictures of triumphant Baltimore judoka – and triumphant American judoka like Jason Morris and Jimmy Pedro. There were posters of all the Judo throws as well as an all-important mirror so that you could watch yourself practicing.

He built the mats at Baltimore. He shared the details of their construction with me that included plywood, 2 by 4s, carpet padding, and horsehair upholstery material supporting a layer of commercial mats wrapped in a hand cut, hand sewn vinyl cover. He didn’t buy these mats. He made them. He told me about them in so much detail that I feel certain he expected me to build my own set down the road. He had expectations like that.

I started at Baltimore in the final years of my first marriage. I recall one challenging night when the welcome distraction of a hard Judo workout had ended and the turmoil and upset of the moment rushed back in. I sat on the bleachers feeling sorry for myself. When I got up to return home, I pulled myself up with the railing on the bleachers. My hand touched the welded joint between two pieces of metal and I thought “Sensei welded these bleachers with his own hands.” Yeah, he was a welder too. My upset and turmoil vanished into a larger purpose of service to others that he lived and acted into.

One of the greatest days in my Judo career was John entrusting me with a key to the Judo club. I was moved that he trusted me to open the dojo on Saturdays. I did not then understand that he was passing more than just the key to the door. He was inviting me to serve Judo as he had invited so many others. That key was a sort of wedding ring.

He pulled me up. After a long absence from Judo, he welcomed me back to the mat. He helped me restore what I had known and learn what I had never learned. I am grateful for that. He rekindled my love of Judo when that fire had nearly gone out.

He shared with me many things I thought strange at the time. Now I see that he had a foresight that I did not have. He taught me his record keeping system for payments. He showed me how to “wake the dead” by writing personal notes to people who had fallen away from practicing. He shared what he knew about ordering and stocking gis. He explained his system for keeping loaner gis available for new people or for visitors who might come without one. He taught me how to run a Judo club. I do the things he taught me at DC Judo.

He worked with an open heart to pull me up as high as I could go. I often asked myself why he shared all these tips and techniques with me. I was never destined for Judo greatness. I was not the great tournament champion that John had been. John was both a Judo champion and a champion for Judo. I believe he saw that I might at least become the latter.

John displayed the ultimate alchemy of Judo. By learning to assess one’s opponent, a competitor or coach can find how to throw, pin, choke or armlock them. By learning to assess one’s students, a teacher can help shape them, polish them, and support them in learning and growing in self-knowledge. By learning to see others, a true judoka can transform his own heart. I never knew John Anderson the scrappy Savannah sailor. I never knew him as the consistent champion. I certainly heard those stories. I knew him when Judo had transformed his heart into a tender observer of others. Even if he still was thinking about how to choke you.

Love has a lot to do with it. John loved Judo. Judo seemed to love him back. Judo brought him the love of his life. When a certain young woman named Laureen came to Baltimore Judo club for some lessons, he fell hard for her. Thus began a very great love that I am honored to have witnessed even from the sidelines. He married that girl and raised a strong family with her. She rose to become a shodan in her own right.

All the while, John worked at Baltimore Gas and kept several different incarnations of the Judo club running. He often funded its operation out of his own pocket in addition to his labors on its behalf. In the years when Laureen’s health was failing, he was often torn between tending her and attending class. She would encourage him to go as a way to take care of himself. She saw him and understood him. It’s hard to ask for more than that.

Sensei, I see you. Thank you for the love you have shown and shared. The love of Judo and the love of each and every person who bowed on your mat. You are a shining model of what Judo can do in a person’s life and what a person can do with Judo. I am grateful for each of the thousands of hours I spent with you. I am grateful for your service and your example. Thank you.

Fare thee well, my teacher and my friend.