We are happy to have had a strong showing, good Judo competition, and a great clinic at the 2012 Faye Allen Memorial Kata Championship and Nage no Kata Clinic.

Judo is growing…and we hope to see even more competitors and students next year. Thanks to Chuck Medani for these great photos!

Participants in the Faye Allen Kata event get ready to bow in.

Karl Tamai about to “throw” Fran Vall in Ju No Kata 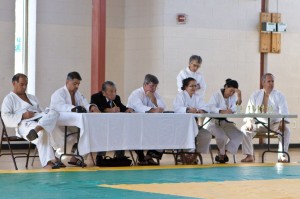 Ron Tebben 2009 World Judo Champion (70+ age group) ready to be thrown by partner John Wakelin. They traveled from WV to throw and be thrown.

Clinician Edwin Takemori explains what to do next 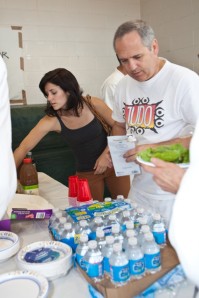 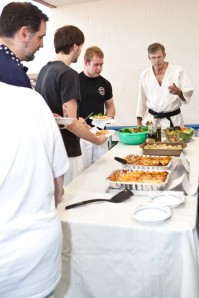 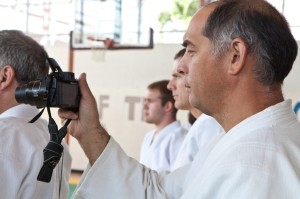 Kevin Hobbs with Michelle and Martin Veloso enjoying the day

Having worked a lifetime in Judo, brothers Jimmy and Edwin Takemori take a break on the bleachers.