Self Defense and Judo 2015 Photo Gallery

Sensei Moti Nativ came to us from Tel Aviv. Students from DC, Maryland, and Virginia attended the event. Though they came from different martial arts traditions, they practiced Judo together. 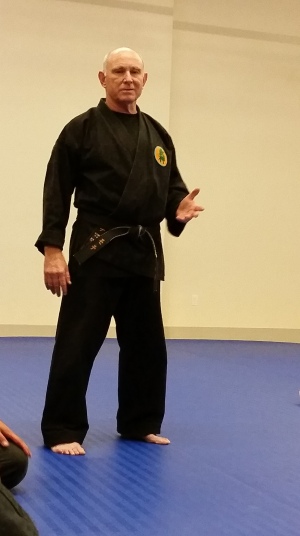 Preparation is the foundation of success. We prepared for guests by making practice knives. Sensei Moti Nativ prepared us with an Awareness Through Movement lesson.

Awareness Through Movement lesson gets the body moving intelligently

Start on the left…

…and switch to the right (altogether now!) 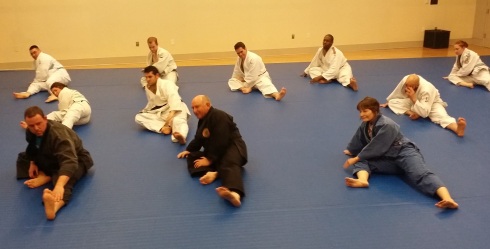 Then reverse the motion in full control. Sounds easy ’til you try it!

We worked on techniques drawn from the Kodokan Goshin Jutsu, the Kime No Kata and the Koshiki No Kata. Sense Moti added his practical embellishments.

A thumb to the neck provides excellent kuzushi (off balancing) 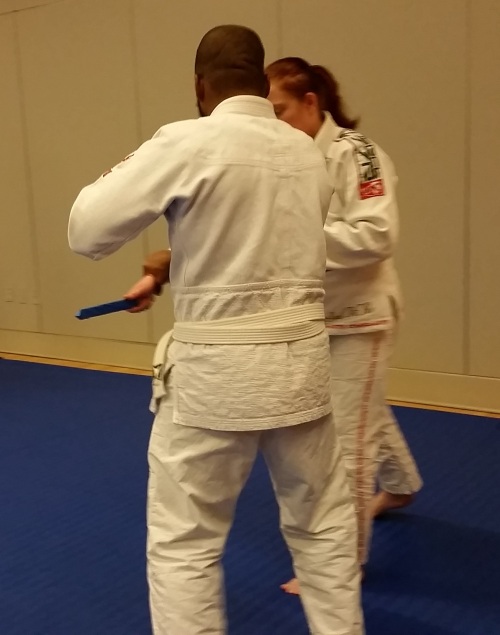 Even though its a fake knife, you have to use it “knifely”

You can’t be too careful around knives 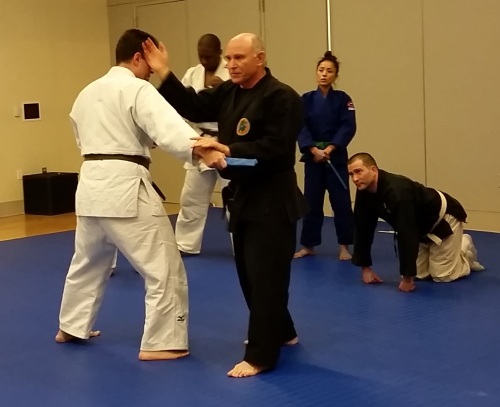 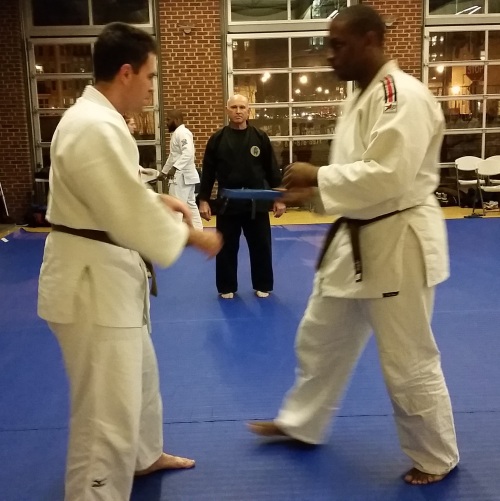 Now try it yourself 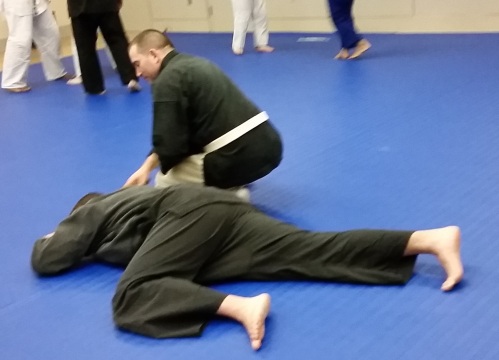 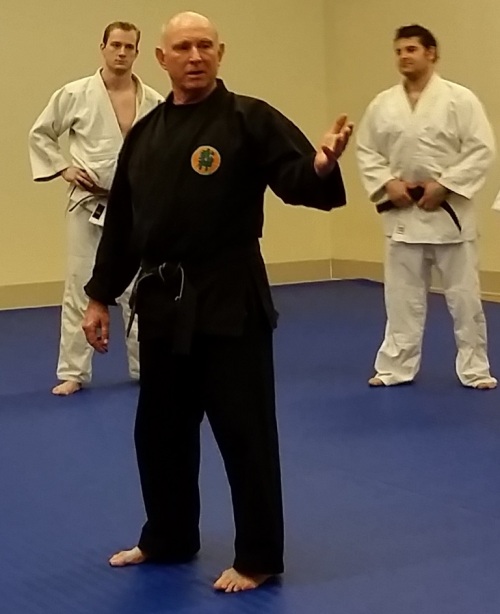 Moving on to another technique 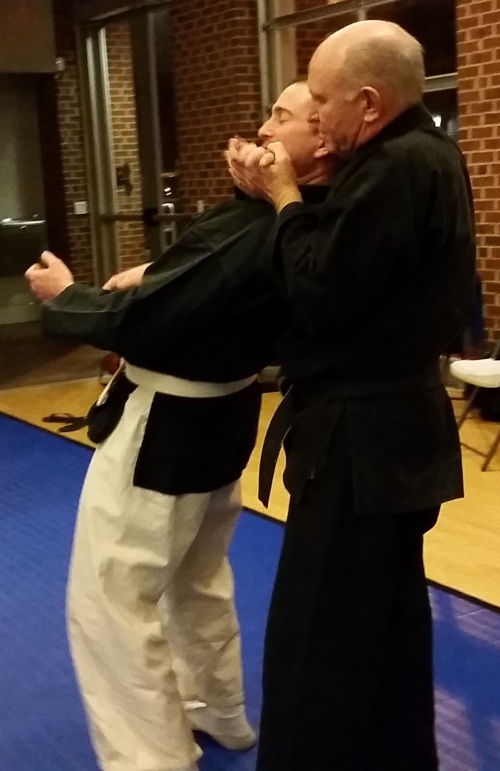 You could always get the book…

…then make your attack

Practicing under a watchful eye 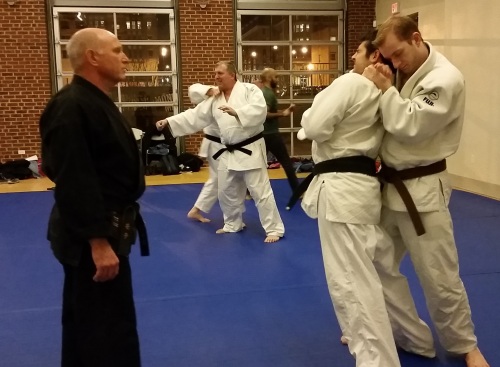 Awareness in all directions

Everyone got to practice

At all levels of experience

And from across different traditions 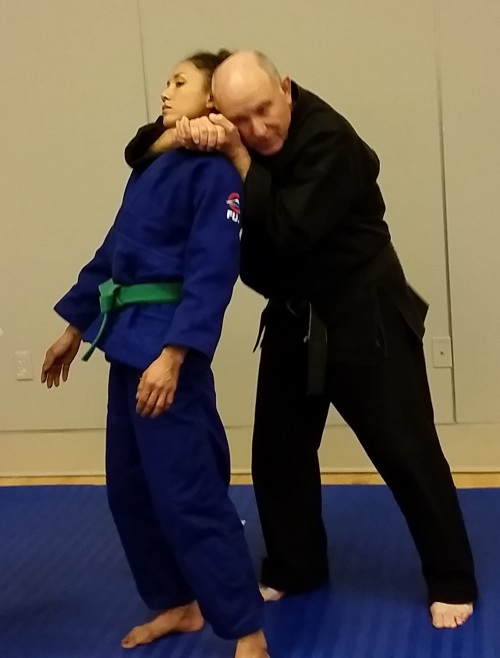 Size doesn’t matter but skill does 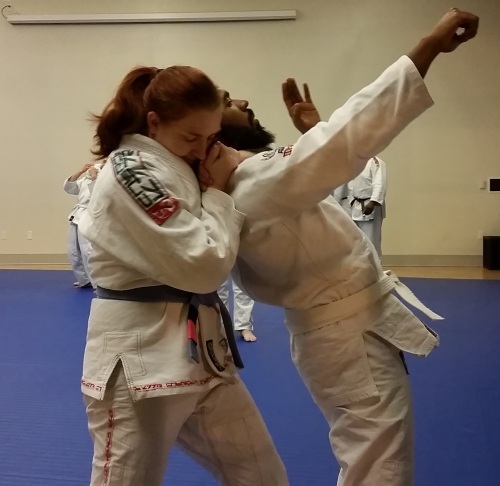 You don’t need a gi to practice self defense 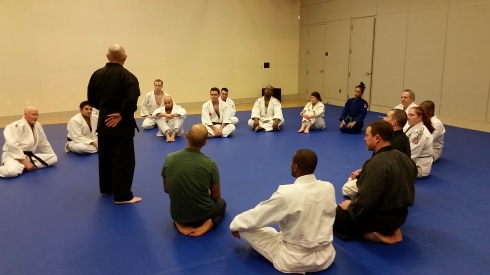 What did you learn?

Awareness is your best defense 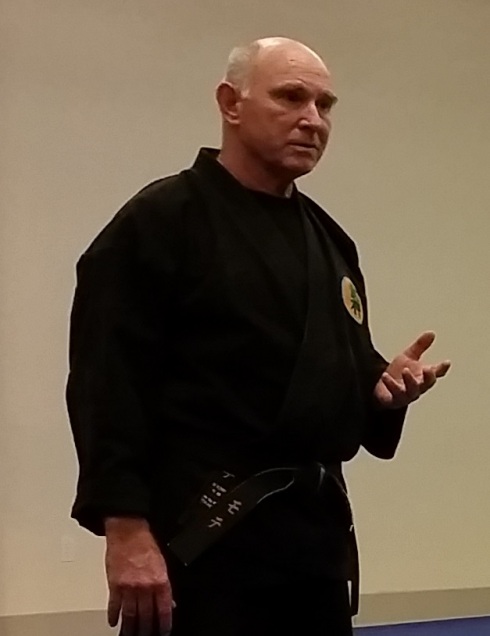 “The Feldenkrais Method IS a martial art”